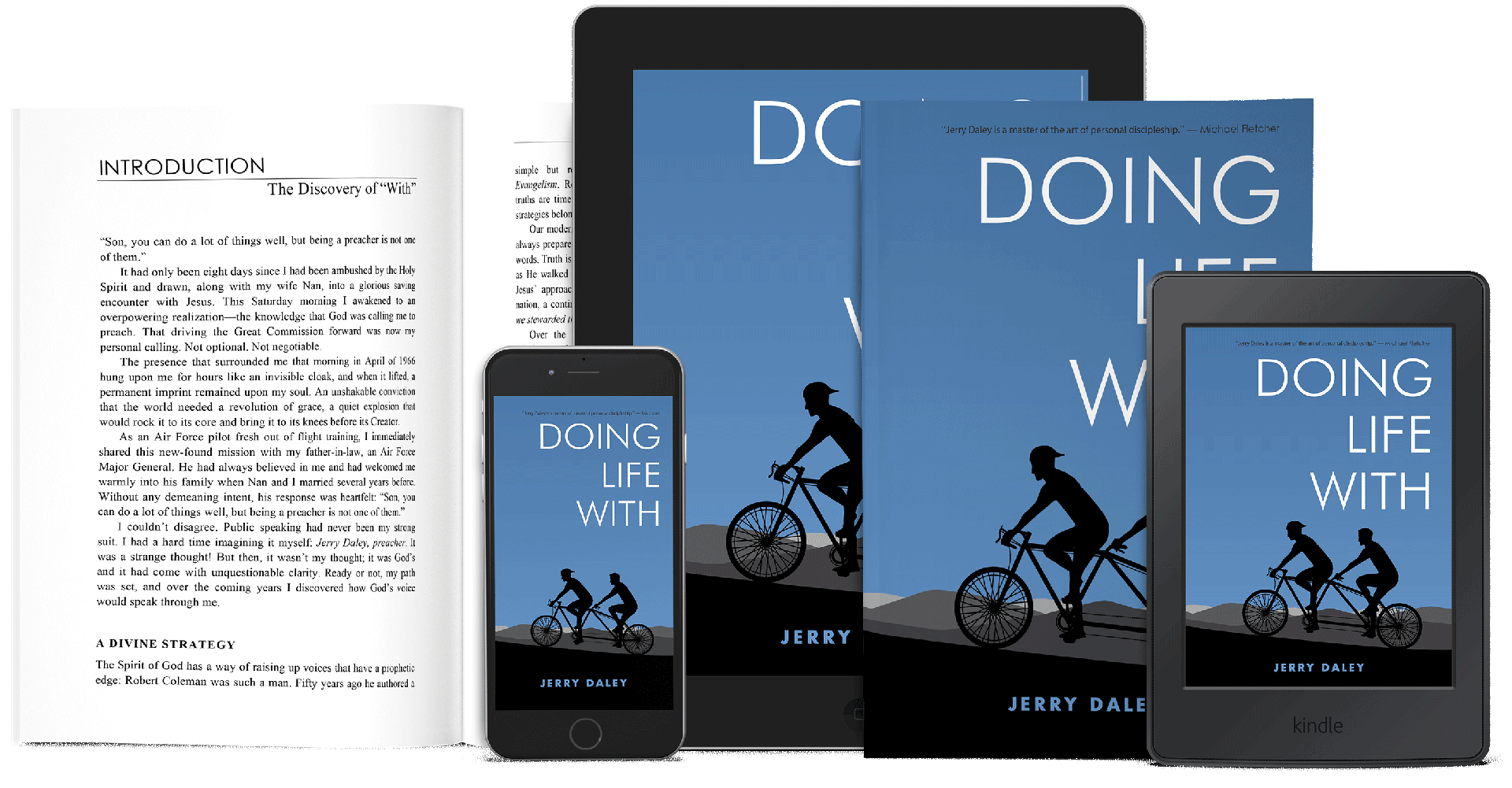 I wrote a discipleship book, Doing Life With, in order to enable Christ followers to make disciples. They don’t need to know how. I tell them, “Just find a person who knows less about Christ than yourself, make an agreement to read a chapter at a time, and meet weekly to discuss, answer questions, and pray together. Lunch time. Coffee shops. Disciple making can invade the market places, and everyone will grow.

Imagine something with me for a moment. We are sitting in with the Father, Son, and Holy Spirit and watching them experience community together. Observing how they relate to one another…how they talk, serve, and simply are with each other. Mind-boggling thought, isn’t it?

Love has its origin right there in the heart of God. And it is love that finds joy in blessing another. We can only dream about the exquisite fellowship experienced within the Trinity as they continually express love, affection, and delight in one another. It is truly who they are.

So it should come as no surprise then that the Lord draws Abraham to Himself and shares what’s on His heart—Father to son—“I will bless you, and make your name great.” Wow, what an offer! But then watch what happens next: “…and so you shall be a blessing.” Can you see God inviting Abraham to share the Godhead love-experience so that he too might become a source of blessing to all the families of the earth? (Genesis 12:2-3) Blessing is what love does.

Jerry Daley is a veteran in church planting, having spearheaded six different church plants across North Carolina and South Carolina over those years.
After serving as a Captain in the US Air Force from 1964 to 1969, Jerry was called into ministry and studied at Fuller Seminary, Golden Gate Theological Seminary, and Columbia Seminary, completing the coursework for a D.Min. in 2013.

Jerry currently coaches, mentors, and trains pastoral leaders and teams; you can find more at www.jerrydaley.com. If you are interested in having Jerry work with you or your team, he may be contacted there.

Jerry and his wife Nan have three grown children and eight grandchildren and reside in the mountains of North Carolina. His interests include physical fitness, reading, and endurance sports.

Jumpstart your next discipleship study group with this promotion! 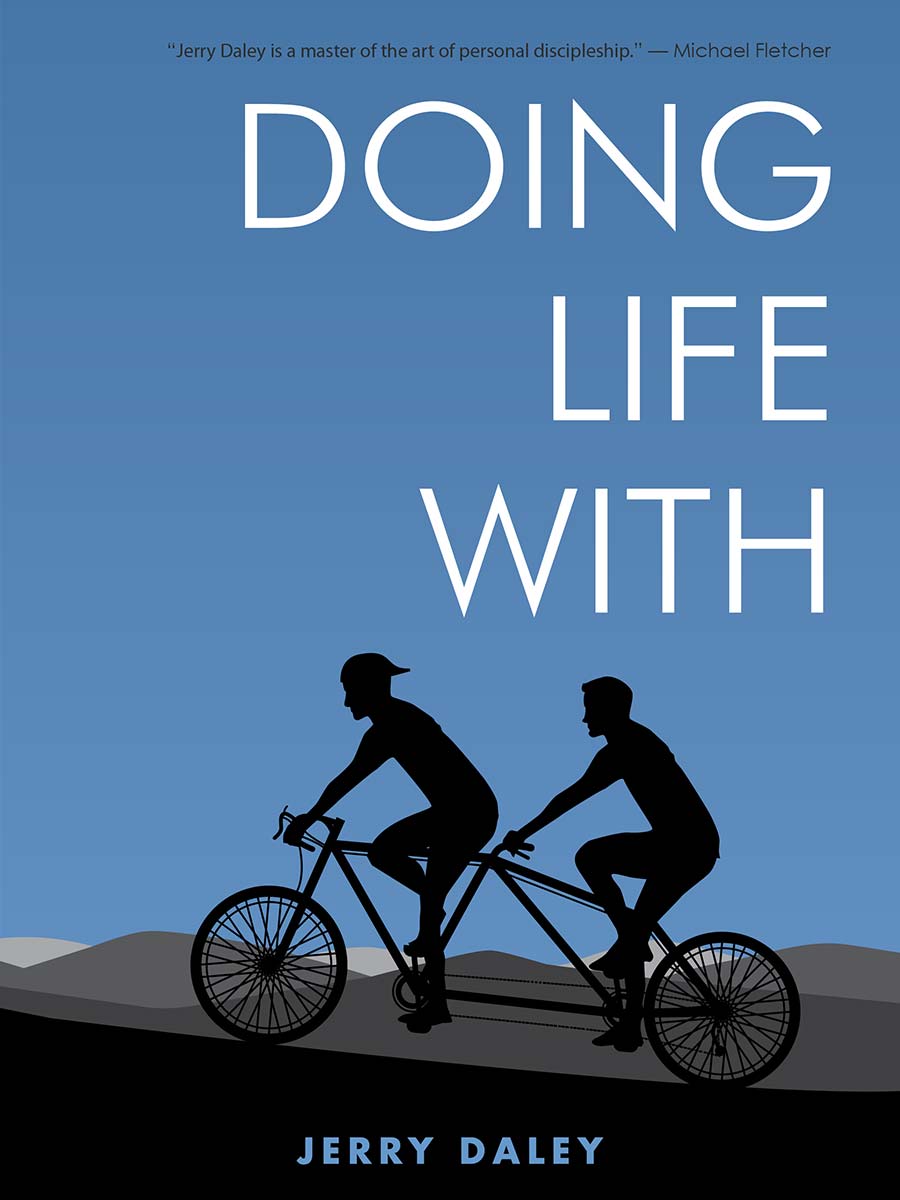 “Son, you can do a lot of things well, but being a preacher is not one of them.”

It had only been eight days since I had been ambushed by the Holy Spirit and drawn, along with my wife Nan, into a glorious saving encounter with Jesus. This Saturday morning I awakened to an overpowering realization—the knowledge that God was calling me to preach. That driving the Great Commission forward was now my personal calling. Not optional. Not negotiable.

The presence that surrounded me that morning in April of 1966 hung upon me for hours like an invisible cloak, and when it lifted, a permanent imprint remained upon my soul. An unshakable conviction that the world needed a revolution of grace, a quiet explosion that would rock it to its core and bring it to its knees before its Creator.

As an Air Force pilot fresh out of flight training, I immediately shared this new-found mission with my father-in-law, an Air Force Major General. He had always believed in me and had welcomed me warmly into his family when Nan and I married several years before. Without any demeaning intent, his response was heartfelt: “Son, you can do a lot of things well, but being a preacher is not one of them.”

I couldn’t disagree. Public speaking had never been my strong suit. I had a hard time imagining it myself: Jerry Daley, preacher. It was a strange thought! But then, it wasn’t my thought; it was God’s and it had come with unquestionable clarity. Ready or not, my path was set, and over the coming years I discovered how God’s voice would speak through me.

By Jerry Daley
DOING LIFE WITH is a “field guide” for becoming a disciple who disciples. Punctuated with personal stories from the author’s own discipleship journey, this book casts a vision for—and offers the tools for—transforming the world with the decidedly low-tech approach of personal, ongoing relationship.

Join For Your Free Introduction here: